Good news! Borrowing capacity is now up 14 per cent

Good news! Borrowing capacity is now up 14 per cent

Attention home buyers… as of now, the amount you can borrow may have just increased by as much as 14 per cent.

The banking regulator APRA has now officially set new rules for how the banks calculate your borrowing capacity.

When conducting their serviceability tests, lenders were previously made to do calculations based on an assessment rate of at least 7.00 per cent (7.25 per cent was the norm), irrespective of your actual interest rate.

The new rules allow a 2.5 per cent buffer from the actual rate.

So for a borrower getting a home loan at say 3.50 per cent, the assessment rate would be 6.00 per cent (as opposed to 7.25 per cent), which is material difference. 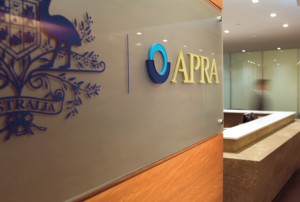 We all knew this was coming, however until last week it was unknown when the changes would actually be administered.

ANZ announced the change last Thursday, for implementation today (15/7/2019), and the Westpac group made their announcement on Friday, with the changes to start tomorrow (16/7/2019).

We are expecting other lenders to follow very soon.

Any loan applications which haven’t yet been formally approved, including all pre-approvals, are eligible to be assessed under the new rules.

In simple terms, what this means is that certain borrowers can now get a home loan about 14 per cent bigger than what they previously could only last week.

Borrowing capacities will creep back towards the higher levels that were possible before APRA intervened on several occasions between 2015 – 2017 to slow the market.

Here are two examples of what’s possible under the new rules…  (both assuming the assessment rate is reduced from 7.25 per cent down to 6.00 per cent as explained above)

Note the new rules are only relevant for people buying residential property (not commercial).

What does it mean for house prices?

My view is that this is another positive for house prices.  Starting literally from next weekend there will be people at auctions with c 14% higher budgets, and when given the opportunity to spend more – a large number of people inevitably will.

June figures from CoreLogic showed house prices in Melbourne and Sydney posting small gains, and many experts are predicting the downturn will come to an end soon. [1]

Also it’s clear that the news media has now done a complete 180 degree turn – from negative to positive.  This is further strengthening confidence and keeping auction clearance rates in Melbourne and Sydney above 70%.

According to CoreLogic clearance rates were 77.2 per cent and 73.6 per cent in Sydney and Melbourne this past weekend, compared to just 46.9% and 56.2% the same time last year. [2]

The current downturn is already one of the largest on record both in terms of price falls and duration, so for many first home buyers (particularly those looking at more expensive properties) it’s now considerably cheaper than it was 18-24 months ago to get onto the ladder.

Add to this the market confidence which has been restored since the May federal election, record low interest rates following the recent back-to-back RBA rate cuts, and now this genuine signal from APRA that the handbrake on lending will start to ease…

These are all positives for first home buyers and according to the Australian Bureau of Statistics market share for this segment is now at its highest level since September 2012. [3]

What should you do?

Remember everyone you’re competing against is also impacted by these same new lending rules, so don’t assume the changes mean you can all of a sudden buy a bigger or better home.

People must still borrow responsibly, and not take on any commitments that they cannot safely afford to repay.

However there may be ‘early mover advantages’, because it will take time for all lenders to respond to APRA and properly roll out their new changes.

Then it will take even more time for potential borrowers to increase their limits.

Anyone who is already pre-approved may stand to benefit prior to these future buyers with increased spending power entering the market.

I’d recommend interested buyers contact their lenders or brokers to find out their new borrowing capacities, and determine what impact the changes may have to their individual strategies.

Existing home owners who may have struggled to refinance or release equity or roll over Interest Only facilities recently should also go back to their lenders or brokers now.