On average Australian householders are millionaires.

According to the Australian Bureau of Statistics’ latest Household Income and Wealth Australia 2017-18 report Australia’s average household wealth has passed the $1 million mark for the first time, up more than 37 per cent compared with a decade ago, thanks to property prices and surging superannuation balances.
But when you dig deeper you find that the average net worth of the top 20 per cent of households is more than 93 times that of the lowest 20 per cent.

In other words the wealthy Aussies are getting wealthier.

Just to make things clear…the rich became richer because they own assets – in particular real estate and superannuation.

Every two years, the ABS surveys Australians on their income and wealth and divides households into five groups from the lowest 20 per cent by income or wealth to the highest 20 per cent. 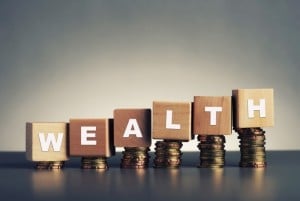 Over the same period, middle-wealth households increased their average net worth by $148,700.

The wealthiest households still hold more than 60 per cent of all household wealth, while the middle fifth control 11 per cent.

The ABS reported that wealth inequality increased over the past two years and is now at its highest level since the survey began in 1993-94.

The major driver of the inequality was property ownership.

Housing now makes up 57% of Australians’ wealth, with 42 per cent coming from the family home and 15 per cent from investment properties.

Super now accounts for 18% of wealth, and the average household balance has grown to $213,700.

Although property prices have pulled back since their peak in 2017, they surged as much as 70 per cent in the preceding five years.

The proportion of households with debt also has risen slightly over the decade to 72.8 per cent from 72.2 per cent.